How Will Driverless Cars Impact the Taxi Industry?

The taxi industry is facing a rapid period of change, much of it fuelled by technology. And there is one area of technology that could potentially send huge waves of change throughout the sector. 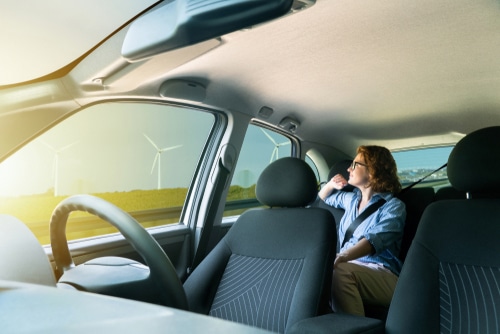 Fairly recently, a self-driving taxi took fare-paying passengers on a short journey across Tokyo city centre, paving the way for a service that was set to shuttle athletes and tourists around the Olympics in 2020. Had the sporting event not been postponed due to COVID-19, who knows how the concept would have taken off there.

Over in China though, ‘robotaxis’ are already actively in use. Waymo introduced its driverless taxi service in 2020, whilst AutoX, a self-driving start-up founded by Alibaba and others, is set to introduce its robotaxi service to the general public in Shenzen very soon. The AutoX service has been operating in Shanghai also, but has safety drivers on board. Having been tested at a Chinese government self-driving test centre, the cars are now officially approved.

To summon a robotaxi, passengers use an app, although the service also despatches regular driver taxis too, and it is not clear whether there is a choice of driver or driverless vehicle. No feedback on the service has yet been shared. AutoX also has a test permit to operate driverless vehicles without safety drivers in California, although it is not yet deploying the service. Daimler and Bosch however have formed an alliance to create a self-driving, ride-hailing taxi service in California, although with safety drivers to start with.

Zoox, a self-driving car company purchased by Amazon in 2020, also recently revealed its own robotaxi. With its standout features, this four-seater vehicle could well fulfil Amazon’s ambition of launching an autonomous ride-hailing service. The first of its kind to be able to travel at up to 75 mph, this car also has the ability to handle precision manoeuvres, including tight kerbside pickups and tricky U-turns.

Are driverless taxis the future of the private hire industry?

So, are driverless taxis the future of the industry? Will they be met with a warm reception here in the United Kingdom? Or will tradition prevail?

Whilst driverless vehicles could be considered cheaper to run for taxi firms, the fact that initially the cars will need back-up support from humans as safety drives means that passengers won’t see much difference fare wise to begin with. However, as the need for safety drivers lessens, this could change.

Some commentators have even suggested that self-driving taxis may turn into a free service, funded by adverts and data harvesting.

What are the downsides to self-driving taxis?

But driverless taxis and vehicles in general do have their downsides, the most concerning of which is the threat to jobs. Higher levels of traffic, road safety concerns and the potential inability of autonomous vehicles to respond to real-life issues such as pedestrians walking out in front of them are all cause for concern. Driverless cars have already been known to cause fatal accidents, which raises the question of responsibility.

And then there’s the personal service. The local knowledge and experience of the trained driver. The commitment to safety, security and discretion. All the things that go towards making a good private hire driver. For passengers who value these elements, driverless taxis probably won’t have the same appeal. 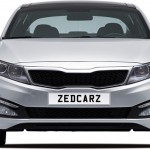 At ZedCarZ, our executive private hire service has been relied upon by professionals, corporate organisations and businesses for more than a decade. Whilst we are committed to keeping up with technology and apace with changes in the industry, we know that our customers continue to value the personal service element of what we do. So, for as long as those we serve tell us they prefer a more traditional form of transport, that is precisely what we will provide them with.

To learn more about our range of private hire services, you are welcome to get in touch.