How the Congestion Charge Rise has Affected the Private Hire Sector 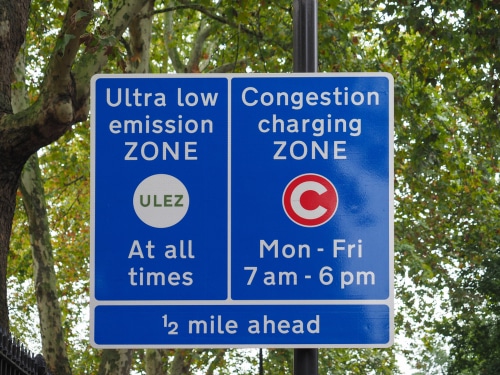 Now, only private hire vehicles that are wheelchair accessible and zero-emission vehicles are exempt from the inflated charge. Taxis however, i.e. black taxis, are exempt generally, even though many of them are diesel-powered which means they could therefore be contributing to air pollution. The move, considered discriminatory by many, is currently under appeal by the Independent Workers’ Union of Great Britain (IWGB).

A breach of the Equality Act?

According to the IWGB, the decision to remove the Congestion Charge exemption for private hire vehicles constitutes a breach of duties under the Equality Act, because a high percentage of minicab drivers, around 71 per cent, live in the most deprived parts of London. The union says that the authorities failed to weigh up whether the policy of removing the exemption would realistically meet the aim of reducing traffic, without reducing the volume of vehicles that could carry wheelchair users.

The union disputes that there has been a reasonable reduction in traffic, alleging on the contrary that by discouraging minicabs, which are more likely to be electric or hybrid-powered vehicles, whilst encouraging the diesel-powered black taxis, will have the opposite effect of the government’s objective.

The entire situation couldn’t have come at a more challenging time, when so much private hire business has been destroyed by the COVID-19 pandemic.

Here at ZedCarZ for example, we’ve found the fact we now have to pay to enter the Congestion Zone has had a devastating effect not just on our business, but on our customers too.

For example, on average we would charge around £40 for a journey into London. We now have to add the Congestion Charge to this, resulting in a 37.5 per cent hike to £55, significantly reducing an already low profit margin. And for our customers this is also very unfair, especially during such economically challenging times.

Within the Congestion Zone for example there are as many as seven hospitals, as well as numerous residential and nursing homes, and not everyone is entitled to COVID-related reimbursements from the charge, or discounts and exemptions. That’s a lot of people who could now be paying a great deal more to visit relatives or attend appointments. And then there are our business customers who rely on us for travel to meetings, and also our courier service. Putting financial pressure on small businesses at this time really isn’t a good thing.

As part of Transport for London, we pay our licence fees just the same as black taxis and bus operators, so we have to agree that the move has been unfair and discriminatory.

Isn’t there a more logical approach to reduce congestion in London?

Transport for London appears to have a very large deficit in its budget, and it would seem that they are just targeting the private hire sector to try and fill a hole.

In our opinion, there are more logical ways to meet the Mayor of London’s aim of reducing traffic and congestion. For example, the transport system in London is ripe for general improvements. The roads network needs attention, and public transport could do with an overhaul too. Address all these issues, and passengers will have more of a balanced choice when it comes to travelling around the Capital. Let them make their own minds up, rather than reduce their options by making sweeping decisions or failing to provide a transport system that is affordable, safe and inviting to use.

The Congestion Zone covers an area of 21 square kilometres. Vehicles that fail to meet Ultra Low Emission Zone (ULEZ) standards must also pay an additional charge of £12.50 per day. The ULEZ is due to expand from October 2021, which will increase the burden on the private hire industry even further. Consideration really does need to be given to our industry, before the damage done becomes irreversible.